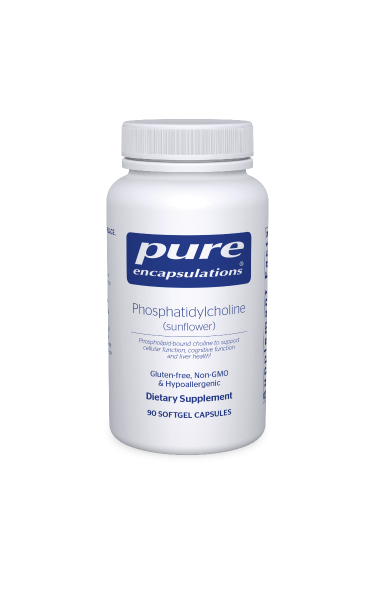 Phosphatidylcholine (PC) is a naturally occurring, integral component of the cellular membrane, adding fluidity and strength to cells. It serves as a source of choline, an important nutrient for methylation, cell-to-cell communication, cognition and liver function.

Choline and its metabolites are the major source of methyl groups in the diet. Methylation plays many roles including neurotransmission, vitamin assimilation, DNA synthesis and gene regulation. Choline is required for the synthesis of phospholipids and acetylcholine, a neurotransmitter involved in attention, learning and memory.

Certain genetic variations in MTHFR and PEMT, enzymes that play critical roles in methylation and choline synthesis, respectively, have been associated with increased dietary choline needs. A 2019 case control study showed that women with the MTHFR polymorphism were at greater risk for choline deficiency during pregnancy.

Another clinical trial showed that women with PEMT and MTHFR genetic variations who consumed 480 mg of choline daily during pregnancy had offspring with faster processing speed than those who did not. PC also plays a significant role in the healthy transport and metabolism of lipids.

Save this product for later
Display prices in: USD