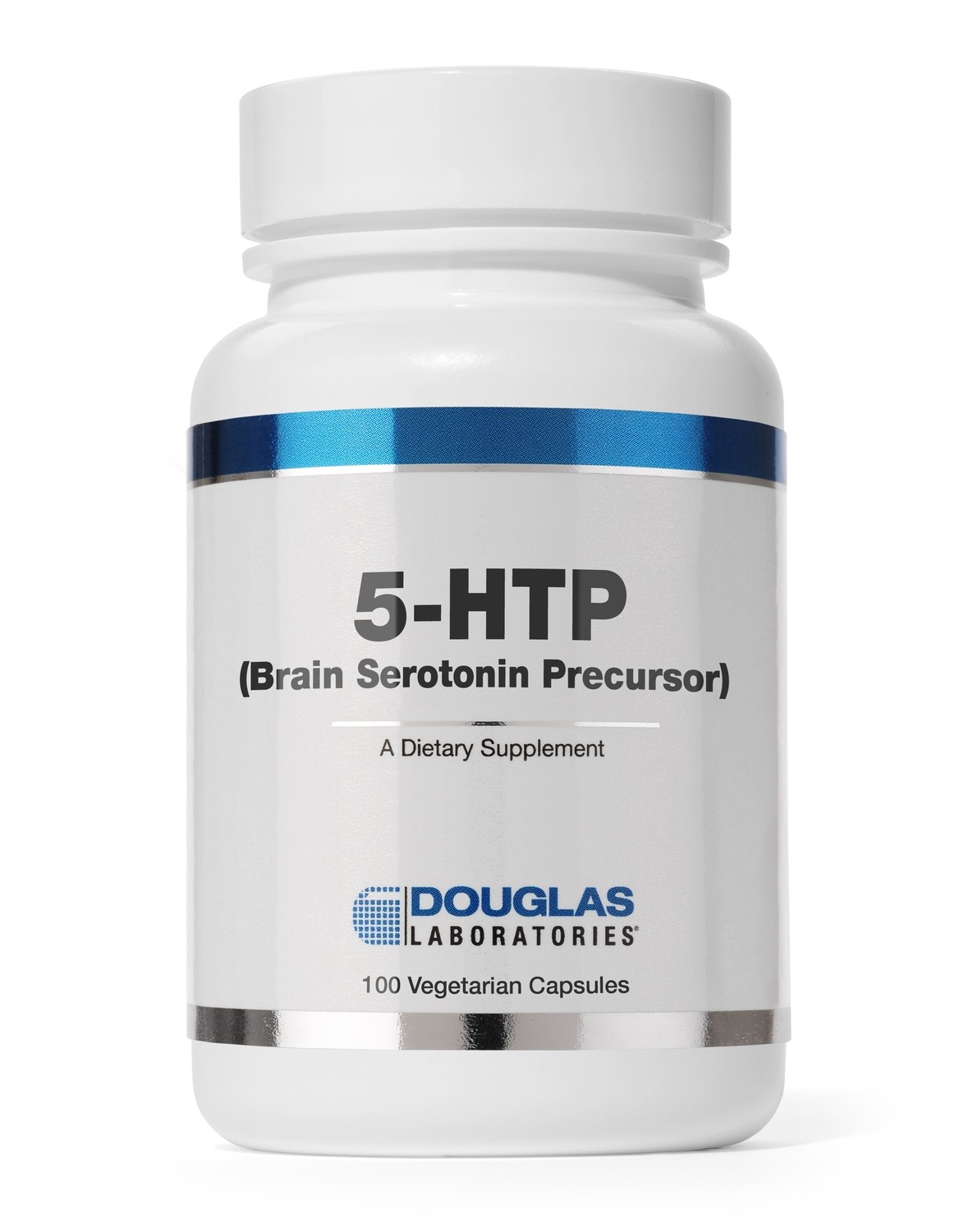 5-HTP contains 50 mg of natural L-5-Hydroxytryptophan (5-HTP) extracted from seeds of the Griffonia plant in each vegetarian capsule.

Serotonin, an important brain neurotransmitter, is key in the regulation of appetite, mood, and melatonin production. The presence of serotonin in the brain is associated with a balanced emotional state.

This is achieved in part by decreasing the activity of certain excitatory hormones, including dopamine and noradrenaline. Serotonin also acts as a satiety signal in the brain, thereby naturally regulating food intake.

Additionally, as a precursor of melatonin, serotonin is involved in regulating sleep patterns. Serotonin is unable to cross the blood-brain barrier and is therefore synthesized in the brain. Tryptophan, an essential amino acid, is a precursor for the synthesis of serotonin.

Tryptophan crosses the blood-brain barrier and is converted to L-5-Hydroxytryptophan (5-HTP), which in turn is converted into serotonin. Unfortunately, tryptophan faces many obstacles during its journey into brain tissue.

Secondly, tryptophan must compete with other amino acids for entry into the brain. Finally, tryptophan may be taken up by other tissues for protein or niacin synthesis, and thus is not exclusively for use by the brain.

As a metabolic intermediate in the conversion of tryptophan into serotonin, 5-HTP can also serve as a precursor of serotonin. 5-HTP offers a number of advantages over tryptophan. 5-HTP is derived naturally from the seeds of the Griffonia plant, unlike tryptophan which is produced synthetically or through bacterial fermentation.

5- HTP crosses into the brain more readily than tryptophan as it is able to cross the blood-brain barrier without competition for uptake. 5-HTP is significantly more effective than tryptophan. In clinical practice, it has been commonly accepted that 50 mg of 5-HTP is roughly equivalent to 500 mg of tryptophan.

Finally, research studies have shown 5-HTP to be safe at levels as high as 900 mg. As a result, 5-HTP is a safe and effective means of increasing brain serotonin levels.

5-HTP capsules may be a useful nutritional supplement for individuals wishing to obtain the benefits of this well-documented plant extract.

One to two capsules per day, between meals or as directed by a physician. Vitamin B6 is necessary for the conversion of 5-HTP to serotonin; thus, to derive optimal benefits of 5-HTP, one must ensure an adequate intake of vitamin B6.

No adverse side effects have been reported.